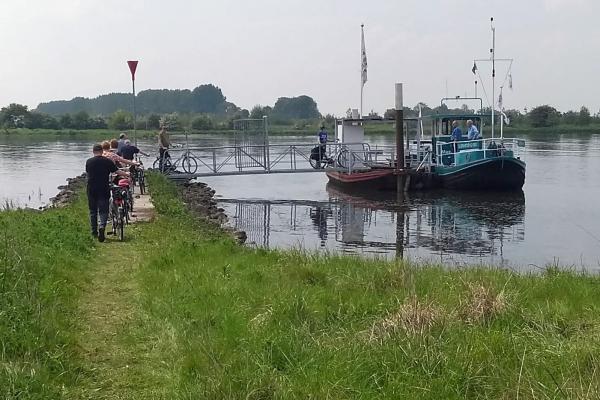 A cycle tour, along the forts of the New Dutch waterline, the beautiful floodplains of the Lek river, a castle garden, the historic town Vianen and the picturesque former fishing village Vreeswijk. The Netherlands is one of the most water-rich countries in the world. Much of the country has been created by pushing back the sea and draining polders. Since large parts of the Netherlands are below sea level, the Dutch fought against flooding throughout history. Flooding was also an ally against foreign attacks. In the nineteenth century the New Dutch Waterline (Dutch: Nieuwe Hollandse Waterlinie) was constructed. With a complex system of canals, locks and waterways large land areas could be inundated in a controlled manner. However, much land around Utrecht is too far above sea-level and cannot be flooded. For that reason this land was protected by forts and bunkers. The complete 85 kilometres of the New Dutch Waterline is a national monument and nominated as a Unesco world heritage site.

Today, most forts have a cultural or social purpose. They all have their own character. We cycle past several of these forts and have time to visit some of them. There are many photo opportunities. Lunetten

(1822-1828) is a series of four small crescent-shaped forts (I-IV). We pass them when we leave Utrecht (I and II) and when we re-enter Utrecht (III and IV). Lunet IV has a lunch restaurant and country store run by people with mental disabilities. Fort Vechten

(1867-1870) is one of the largest forts. The fort is freely accessible and it houses the New Dutch Waterline museum. Werk aan de Groeneweg

(1914-1918) has an experience route which leads along (and through) the bunkers, group shelters, earth walls and trenches of which this work consists. Nowadays Werk aan het Spoel

(1816-1824) is a recreational area with a restaurant and there are also sculpture workshops. Fort Everdingen

(1841-1847) had to prevent armies using the Lek river or dike to break though the Waterline. The fort is now a nature area which houses the Duits&Lauret brewery and a campsite. Fort Vreeswijk

(1855) is a meeting place for the inhabitants of what is now the Nieuwegein district Vreeswijk.
The water has more great benefits. The location by the sea, the rivers and canals are very favourable for trade far away and close by. Especially from the 17th century (the Dutch Golden Age) onwards this provided prosperity. We cross the Amsterdam-Rijn kanaal

(Amsterdam-Rhine Canal), one of the busiest canals in the world with about one ship every five minutes. It connects the port and capital city of Amsterdam to the major rivers and so to the hinterland and industrial areas in Germany and France. We also make two ferry crossings of the river Lek

and cycle along it on top of the dike with stunning views across the floodplains. The floodplains are a very important nature area with rugs, grasslands and shoreline vegetation. The area is rich in wild plants and insects.
On the way to the Lek we cycle through Houten

, voted the Netherlands best cycling town in 2018. We also pass the former location of Schalkwijk castle. It was demolished around 1800. At the end of the last century the moats were dug out again and made visible in the landscape. In 2008 the castle garden (Kasteeltuin van Jonkheer Ram

) was reconstructed at the original location. In the garden are many herbaceous plants, flower beds and fruit trees. It is a lovely place to walk around and enjoy the tranquility.
Just before we cross the Lek for the second time we reach Vianen. Vianen is a historic town with an attractive town square with beautiful buildings. We leave Vianen through the Lekpoort (Lek gate) and take our second ferry (Pontje Vianen Nieuwegein

) back across the Lek towards Vreeswijk

. The former village of Vreeswijk

was located on the Lek River, near where it is crossed by the Merwedekanaal

. The old village centre on the locks has been preserved very well.
At the end of the tour we follow the inundation channel (also part of the New Dutch Waterline) through the district Lunetten (named after the fort) and the princess Beatrixpark. This takes us back to the Historic centre of Utrecht. 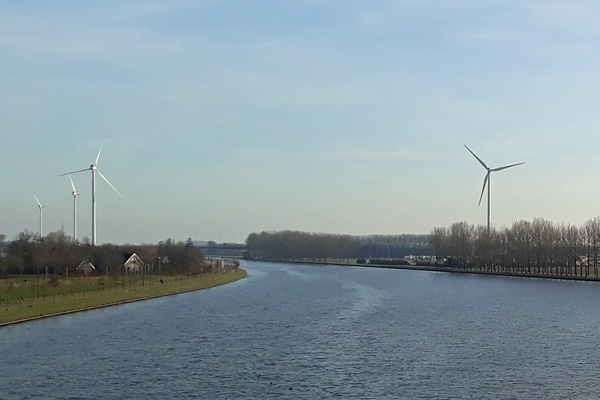 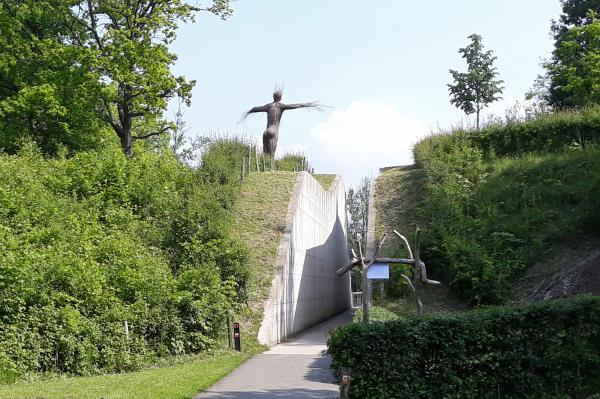 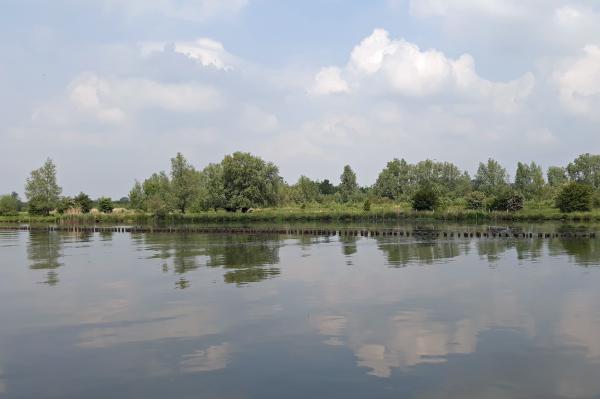 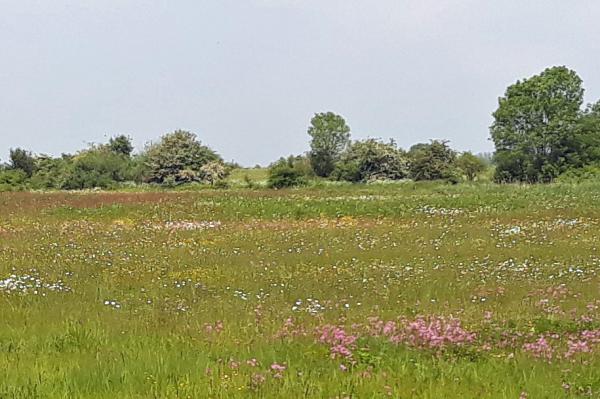 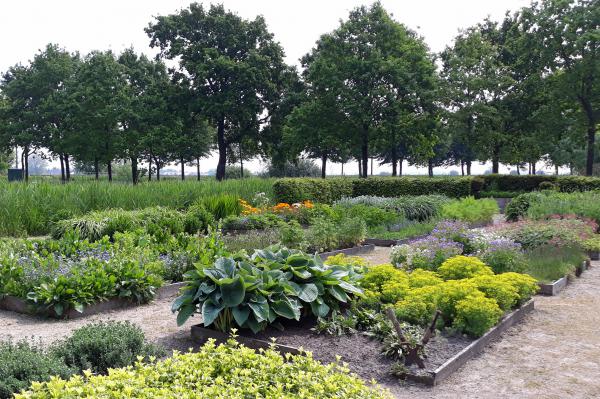 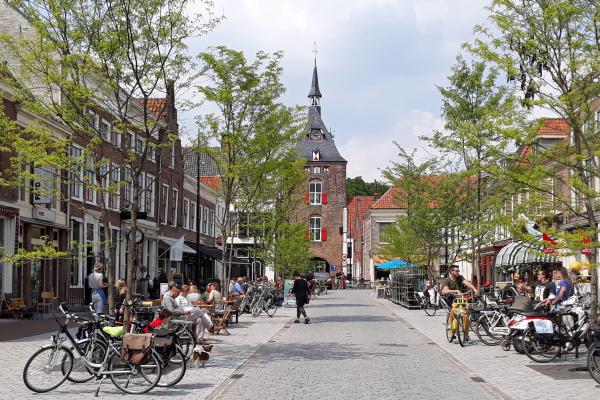 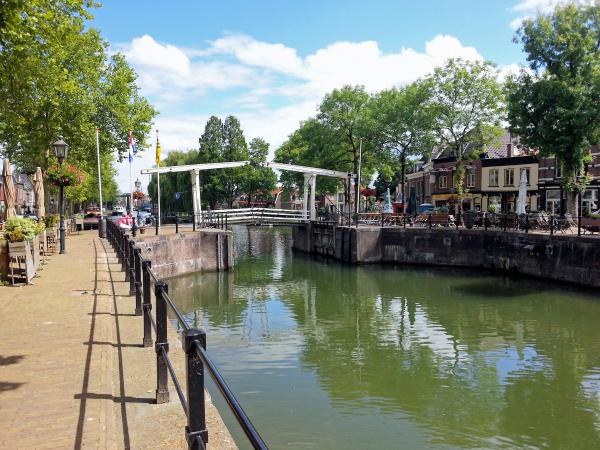 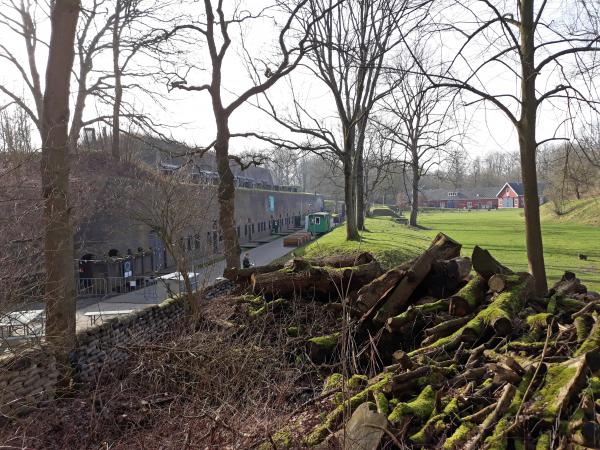 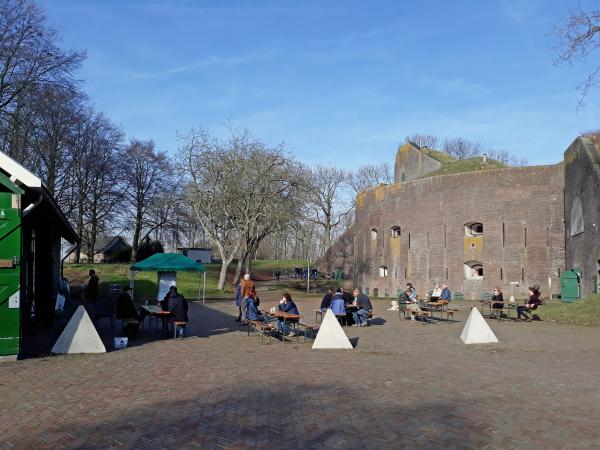 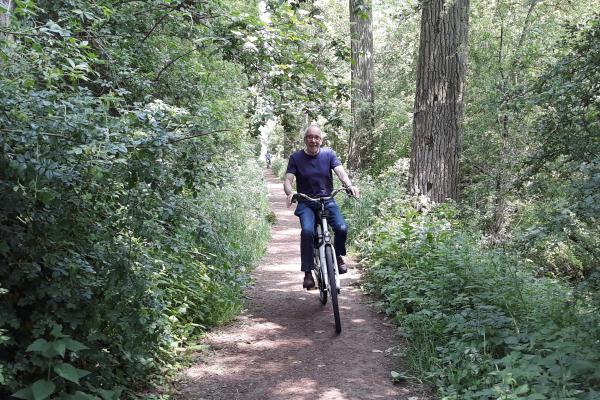 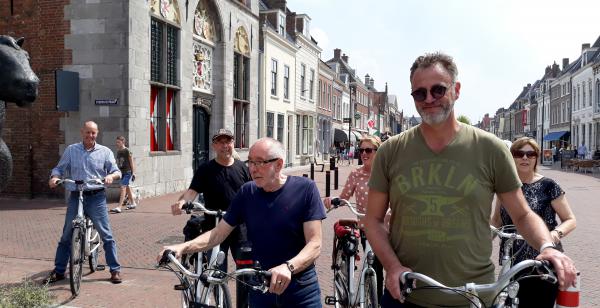 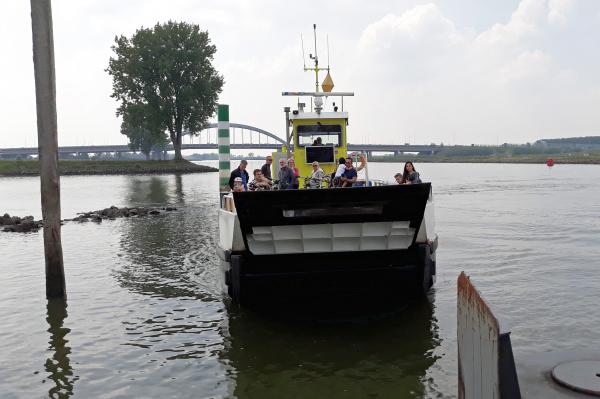 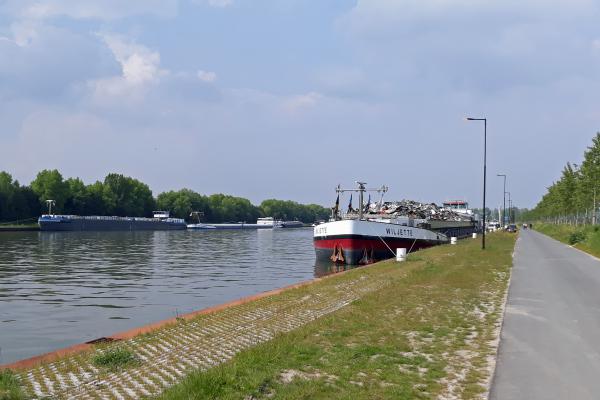 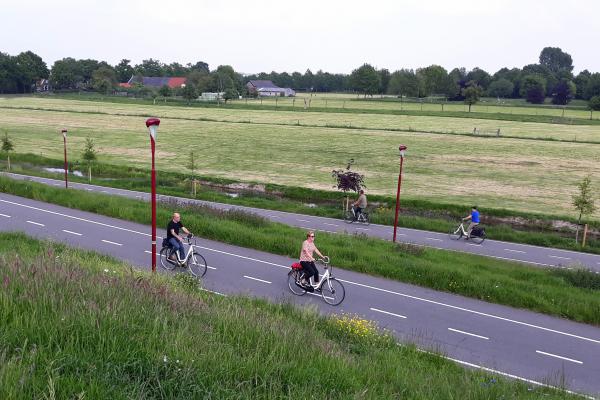 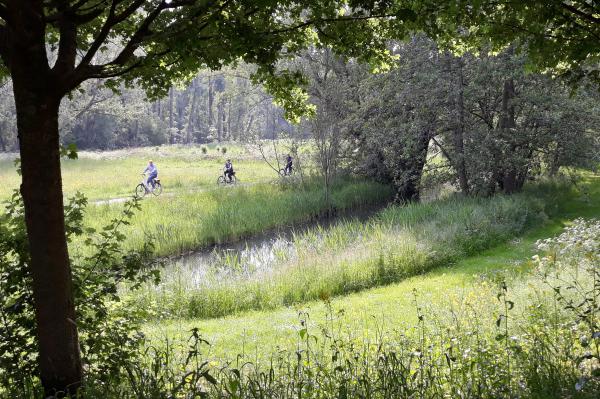 Park near Utrecht
Previous Next × Close