A varied tour through the area north of Utrecht 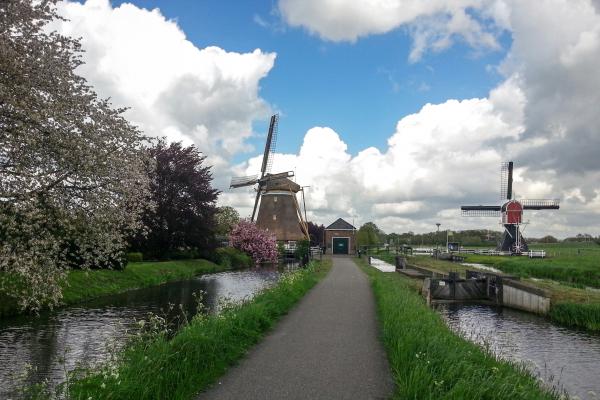 A varied tour through the area north of Utrecht

A varied tour through the area north of Utrecht Our tour starts in the historic heart of Utrecht. We cycle along the Oude Gracht (Old Canal). The Oude Gracht connects the rivers Kromme Rijn (crooked Rhine) in the south east and the Vecht in the north west of Utrecht. In Roman times the Rhine flowed through Utrecht. The location on the Rhine and later the canals are important reasons for the foundation, prosperity and growth of Utrecht. Along the "Oude gracht" below street level are many cafes and restaurants. Until the end of the nineteenth century the quays and cellars were part of warehouses. The New Hollandic Waterline (Dutch: nieuwe Hollandse waterlinie) was a defence line from the 19th century. With a complex system of canals, locks and waterways large land areas could be inundated. The waterworks and locks are very visible near two picturesque windmills (Westbroekse molen

) in Oud-Zuylen. Many areas around Utrecht are too far above sea-level and cannot be flooded. For that reason these areas were protected by forts and bunkers. Around Utrecht there are fourteen forts each with its own character. Our tour takes us to two of these forts. Fort aan de Klop

(1818-1821) almost at the end of our tour was built around the existing village Blauwkapel. We cycle on the cobbled streets through this fort and village. Due to its unique nature, the Dutch government nominated the whole New Hollandic Waterline as an UNESCO world heritage site. The tour follows the river Vecht which meanders through the landscape. Along the borders there are many country estates and castles. Most date from the Dutch golden age (the 17th century) and were used as summer residences for rich merchants from Amsterdam. Slot Zuylen

(Zuylen Castle) dates from the early 16th century. The beautiful building and surrounding gardens are now a museum which is also in use as an official wedding location. After passing windmill De Trouwe Waghter

(Tienhoven Lakes) consists of marshes, lakes, wetlands, and peat mores. This area with its beautiful views is an important habitat for meadow, water and swamp birds. The little village Lage Vuursche

is surrounded by woodlands of the Utrecht Hill Ridge (Dutch: Utrechtse Heuvelrug). The Utrecht Hill Ridge is a 50 km long ridge of low sand hills that stretches from southeast to northwest over the Dutch province of Utrecht. It is the ideal place to have a traditional Dutch pancake for lunch. A visitor wandering among the 18th century houses feels as if time has stood still. The village has a royal status thanks to Princess Beatrix (the former queen) who lives in Drakenstein Castle. Boerderij Eyckenstein

is a biological cattle farm (optional visit). Jersey bulls are small and slow growing. Usually, bull calves are killed and disposed of. At this farm the bulls are raised with their mothers. They can grow and graze in various nature areas in the Utrecht province. Cattle keep their horns, which is very rare in the Netherlands!

Optional activities (not included in price) 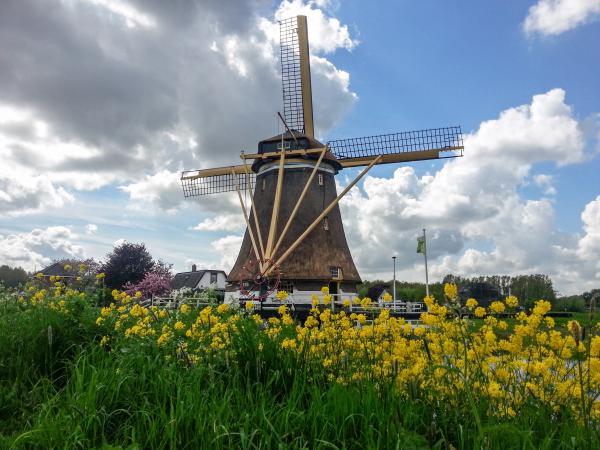 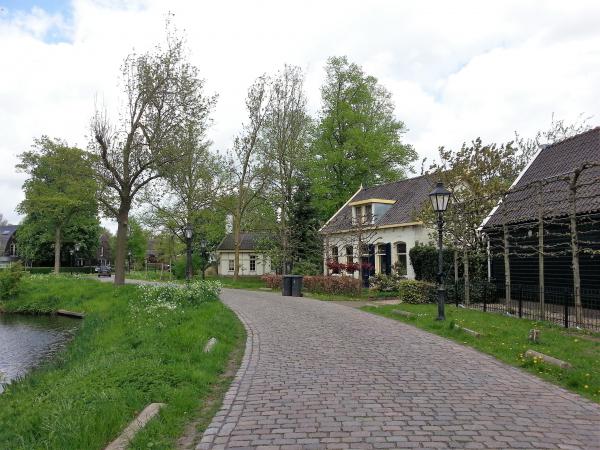 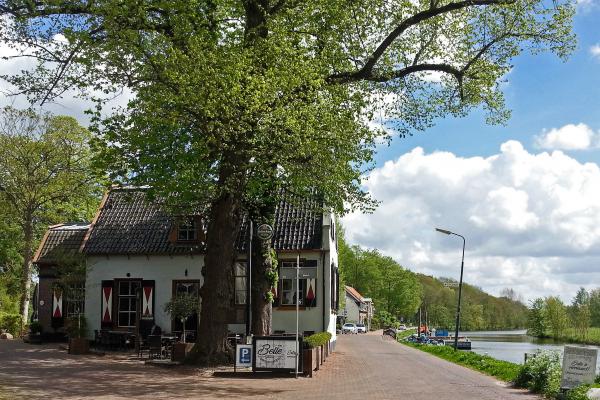 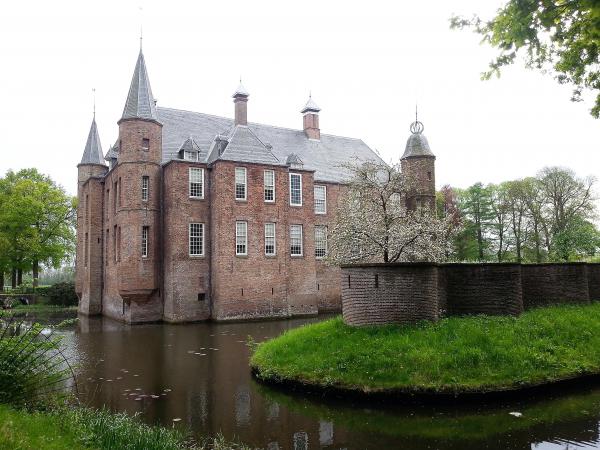 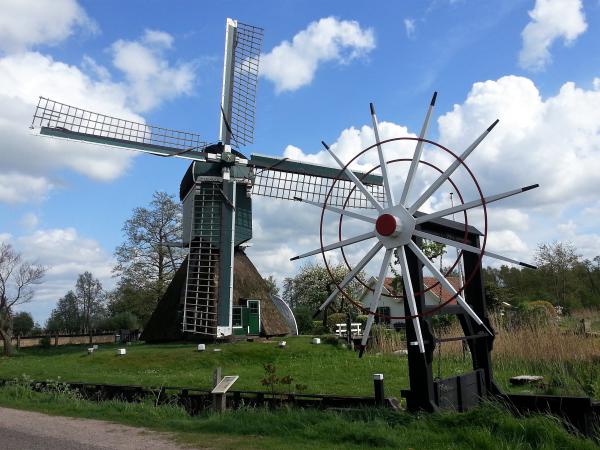 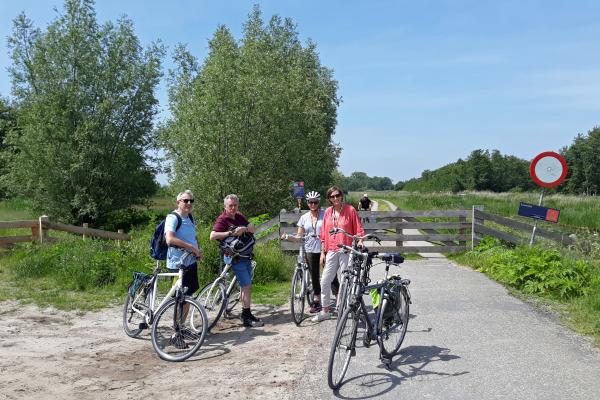 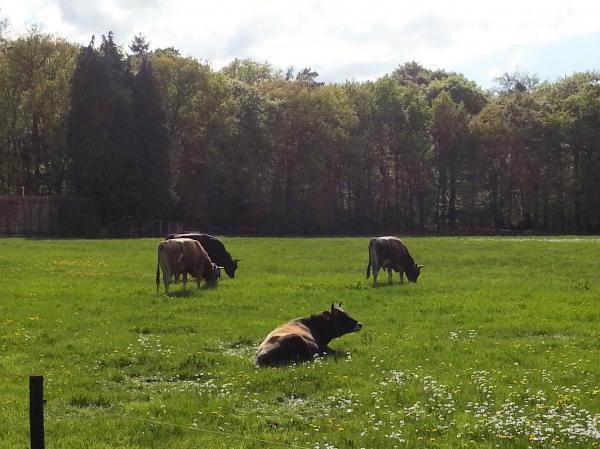 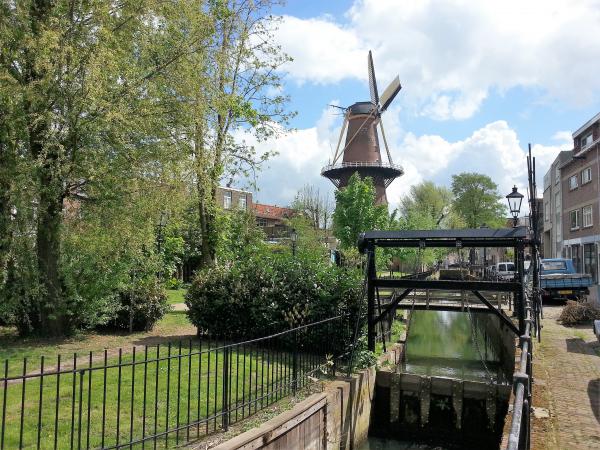 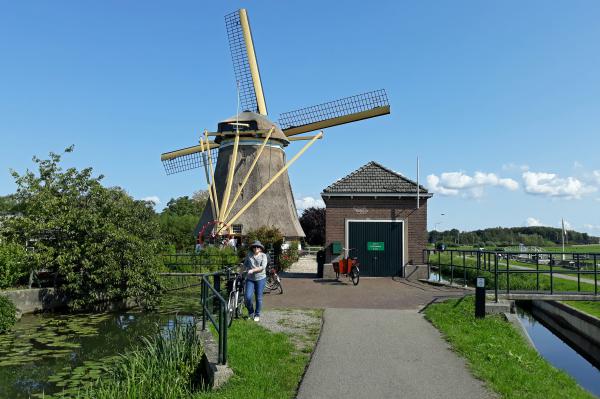 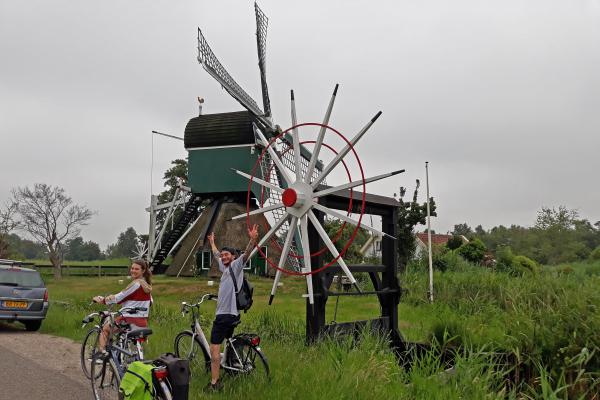 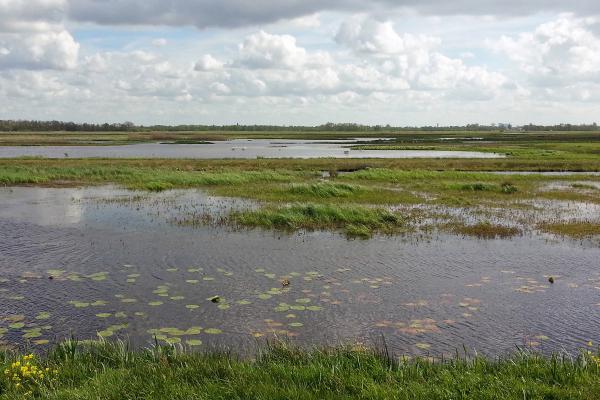 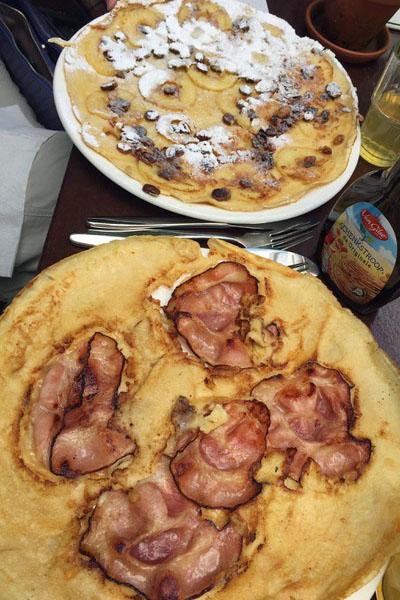 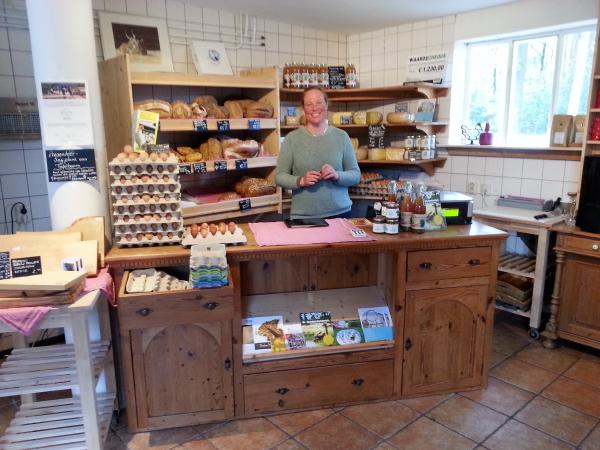 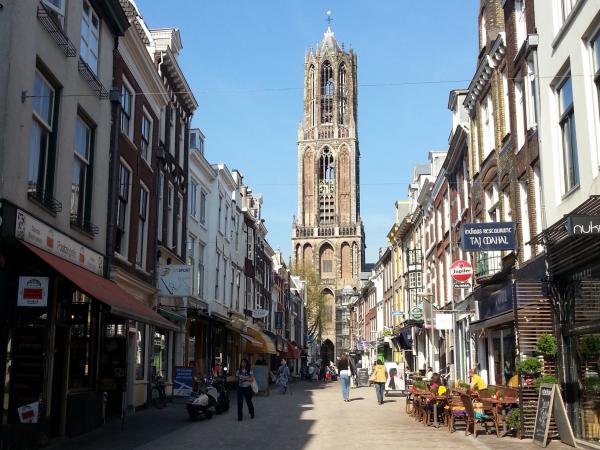 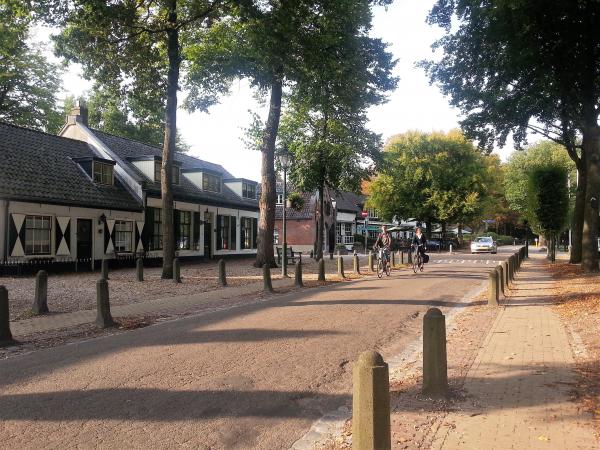 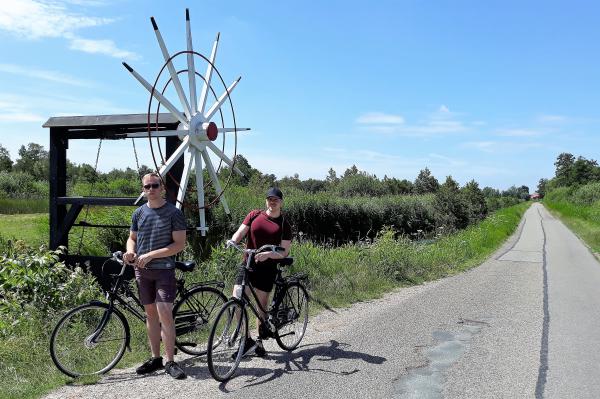